Not quite so 'super' bowl 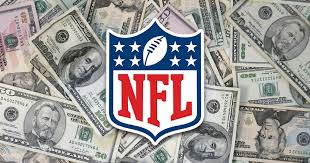 1. It is a strange and spurious argument put forward on behalf of the NFL by Joseph Sinclare in his affidavit that the heavy potential cost to the NFL of any remedy should trump any attempt at attaining Justice for the plaintiffs. This could easily be seen as an attempt by a hugely powerful corporation to intimidate the plaintiffs, their council and even the court. Indeed if money is so important to the NFL’s thinking what actions are they willing to take to mitigate the financial loss to the plaintiffs, the Saint’s, and the City of New Orleans caused by Roger Goodell’s inaction?

2. It beggars belief that Roger Goodell and the NFL go into hiding, make no comment, take no action and give no details of any ‘investigation’ being undertaken for several days and then have the nerve to complain that there is no time to address any possible remedy prior to the Superbowl. It is not reasonable to create a time constraint problem yourself, then complain about that self-same problem.

3. Prior to the game were the referees instructed by officers of the NFL to apply a higher standard of foul play before throwing a flag?  It has been suggested that this might have occurred in an honest attempt to keep the game flowing and possibly, ironically, to try and prevent the officials from being involved in any potentially controversial game changing decisions. If the referees were so instructed this could explain the obvious confusion in their minds, conflicted by the extra pressure they failed to call the unmissable double foul. Has Roger Goodell investigated this scenario? Was he aware of, or even complicit in, any such interference taking place? 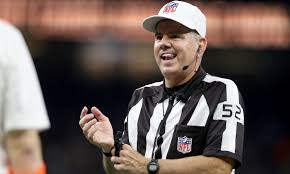 4. Prior to the game Rams fans were very vocal in their opposition to the appointment of Bill Vinovich and his team as referees for this important game - pointing out 8 losses when Bill and his men had previously officiated. They even organised a petition to have him removed. Did this hostile outpouring have any effect on the referee’s performance? Did they feel under any extra pressure leading to not calling such an important foul against the Ram’s at such a critical point in the game? Has Roger Goodell asked this question? 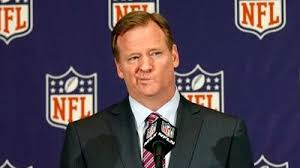 5. I assume commissioner Roger Goodell watched the game (on TV). Did he see what everyone else saw – that the missed PI call was clearly unmissable, that crucially, something more than poor judgement had just been witnessed by millions around the world. Did it occur to him that he could immediately exercise his authority to intervene and reverse the dubious call, or order the play to be reset? Did he not subsequently consider doing this at full time, whilst both teams were still on the field? When this horrible calamity could have been undone at no cost and with little or no damage to the NFL’s reputation. Has Roger Goodell asked himself this question?